Wow, the first week of the new year has already gone, and I am trying to think about what I have been up to. There are not too many photos in the files this time.

There has been quilting happening, and lots of sorting of "stuff" that has been sitting around for too long. I reckon I should be able to fill the bin up next week with papers that I don't really need to keep. It is a job I have been wanting to do for a long time now, but does take time. I am almost up to date with customer quilts, so now is that time. 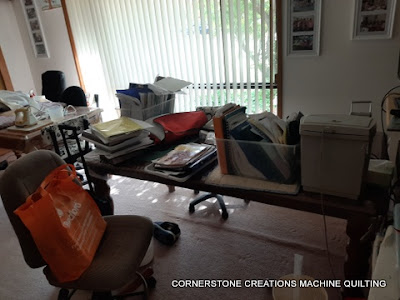 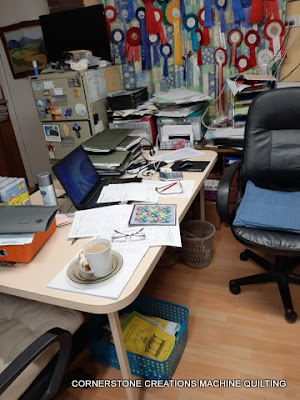 I have also been backing up files and photos, but this is a long term job, and won't be finished any time soon.

I have spent some time in the garden, and the watering is full time in this hot weather. I dug my dahlia tubers up at the end of last season and they should have been planted early November. But, I did not get around to it, and then when I might have done it, the weather was hot for days, so I kept them in a box, with newspaper over them, and kept them wet. This week I have finally managed to get them in the ground!! 2 months late, and this time last year they were flowering, so not sure what might eventuate this year?? 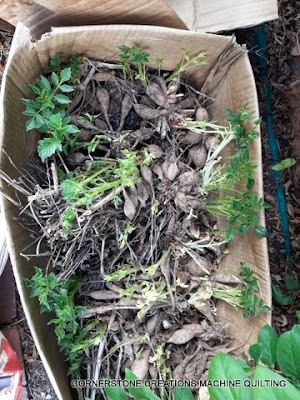 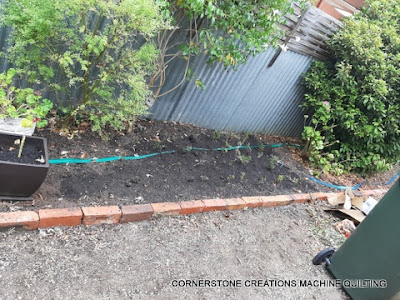 I have had a few ladies drop in during the week, and here are a couple of smiling faces. 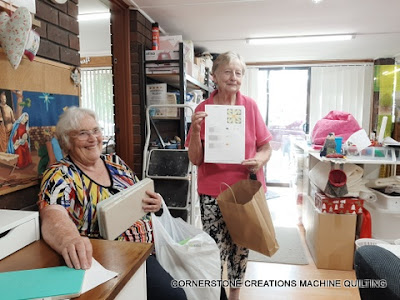 This week I have also had the pleasure of the company of Mr 9 year old, although he refers to himself as almost 10! We have spent some time going back over old photos, and he looked at a time before he was born. This was a photo of him when he was a baby, and still attached to the oxygen tube, after being born prematurely. 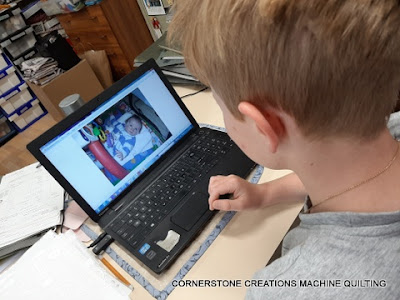 And then we found this photo of me with Miss Bridie, and we both had to laugh when we realised that I was actually wearing that same shirt!! 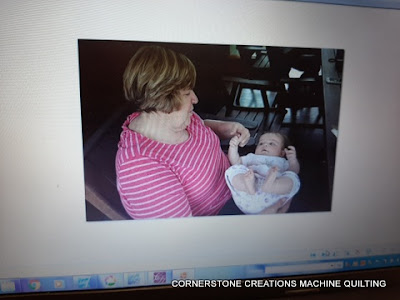 My threads have been in disarray for awhile now, and it was hard finding the colour I wanted. So time to sort that out, and do another order for a few colours that I was short of. I forgot to take a photo of the whole 3 drawers before we started sorting, but this was one, and the others were worse. 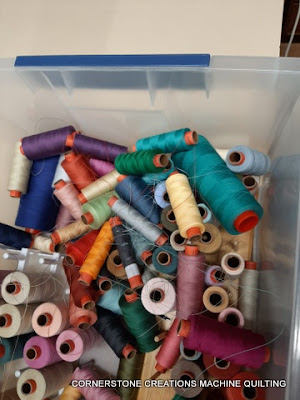 I had my helper sorting out the colours and we tried a new system, by putting dividers in the drawers. I don't know why I didn't think of this years ago. 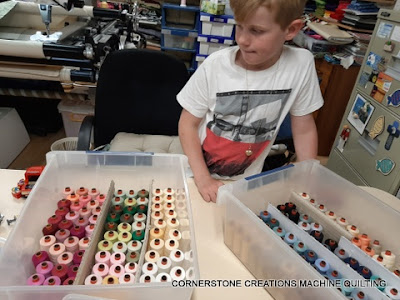 Much neater, but for how long? 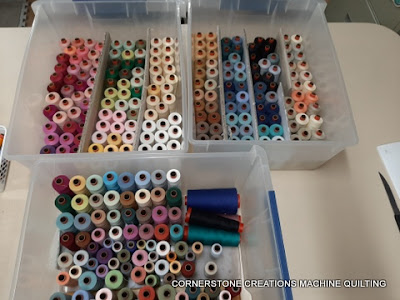 Our KYB group also had a get together on Tuesday to catch up on each others news, and spend time in prayer. Our nation is going through troubling times, with the continuing drought, and the ongoing bushfires, and this is heavy on all our hearts.

We spent some time in the kitchen cooking, watching DVD's and reading books, so the week has gone quickly. Tomorrow I have my first trip up the highway for this year, for some appointments, and will take Grandie no 5 home, as well as pick up another passenger.

It's time for bed as I have an early start in the morning. Hopefully the cool change will arrive soon. Today the temperature was over 40deg again, but I have not ventured outside since I finished watering this morning.

Good work getting organised! So nice to have one grandchild at a time, so you can give them one on one love!

yes, organization can be such a breath of fresh air! I, too, love having one grand at a time for extra-special attention. I don't know where's this year's already rocketing off to, I can't keep up!!

How much more STUFF can you fit in.. IF... the STUFF you’ve got is ‘Organised’! It’s wonderful to enjoy the company of grandchildren, creates great memories. I hope there will be dahlias in a vase for the Aussie Weekend 💐

jude's page
I am the proud mother of 4 children, grandmother to 10 beautiful children.In 2002 I commenced a longarm machine quilting business, Cornerstone Creations Machine Quilting. In 2010 I purchased and renovated a 4 br house for Quilting/Craft Retreats, called The Sanctuary.After 5 fantastic years of retreats I sold this house and now host retreats at my house, and am still machine quilting for others. This is a process of trying to "rebalance" my life. I love to make quilts,teach others to sew, read books, and garden. I am a Christian following God's leading in my life. 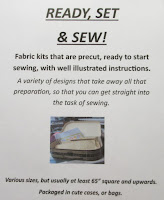